Continuous Delivery is a software development discipline where you build software in such a way that the software can be released to production at any time.The primary goal of the process is to be production ready anytime and anywhere.

In this simple and amazing piece of article we are going to discuss and explore some new amazing and rather interesting pieces technology.One i.e. Habitat,an Automation tool that Automates your process to build and publish Docker Images and Second i.e. Automate, which is a new chef CI/CD tool with a cool new dashboard & better features.As an added bonus I am also going to share some nice tips that I use to make my life easier while handling the CI/CD pipelines.So let’s get started,

Habitat is a new amazing tool introduced by Chef.It basically tries to serve one motive i.e. to automate the process of making a container image as easily as possible.You can think of it as Dockerfile for the docker except that it has some new features for building images and process to publish it in CI/CD perspective. The tool has been introduced in 2016 & is still into development phase. It is written in rust and reactive by nature. Now let’s do some installation:

After the installation, try running it on the command line using the below command:

If you receive the above output, then you have successfully installed habitat. 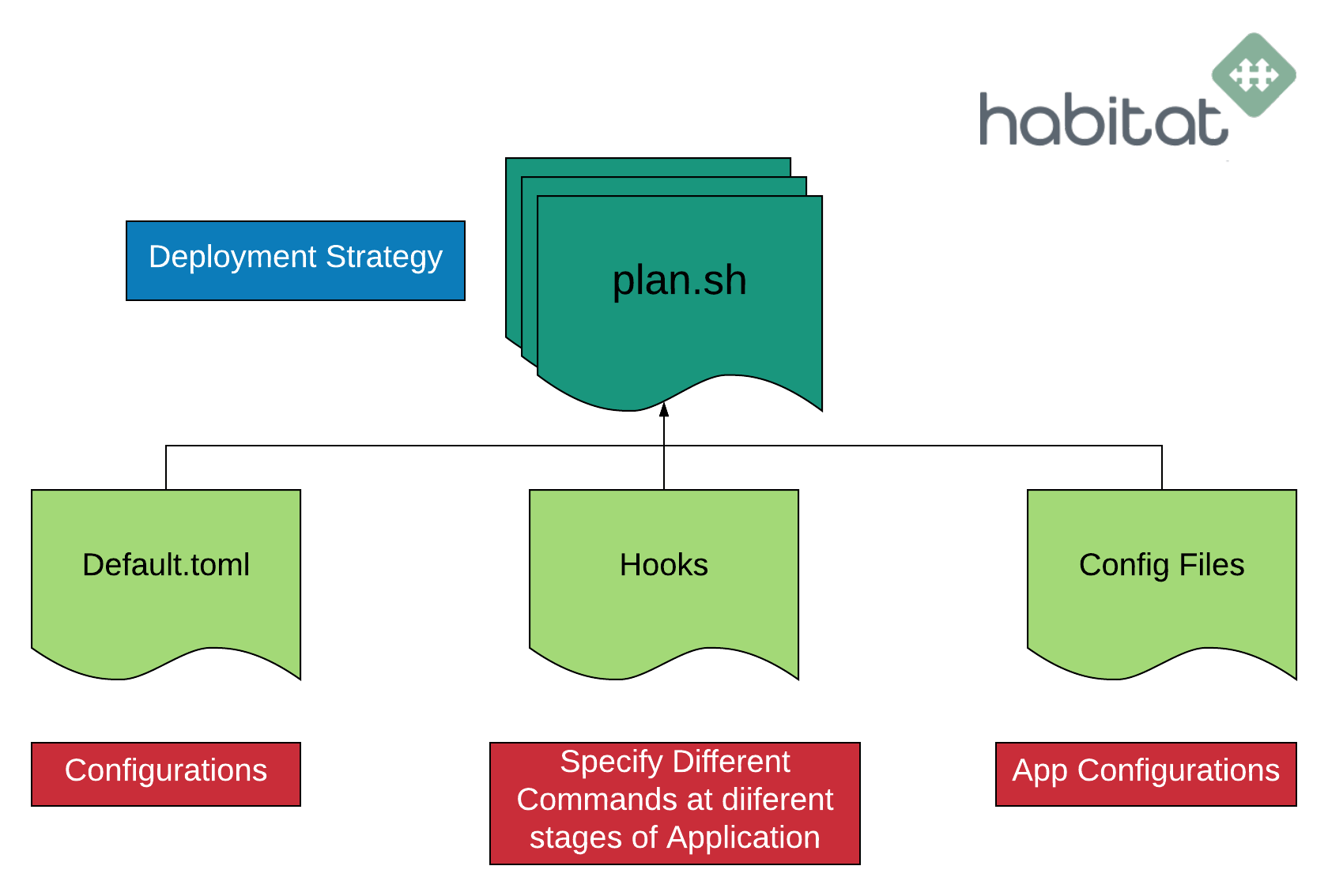 Now upon closely looking at its architecture and how to write it. You can clearly observe the various files one has to write in order to bring up the container/image. The main file in this section is the plan.sh file which is responsible for the deployment strategy/dependencies/package name of the habitat image. It is mandatory to make this file and configure it properly in order to achieve the best results.

Next, is the default.toml file. This file contains the information about the ports and external configurations of your application that you have. It is similar to having nginx.conf for nginx or apache2conf for apache, which I believe is an interesting and good idea.

For the hooks part, I observed its usage while exploring some of the samples provided by habitat team in there docs.In simple terms, it is basically breaking down your requirements as per your application into multiple stages each having its priority in different order while running your application. Like we have Entrypoint in Dockerfile. For example, Here the file Init in scripts contains your initialization commands. 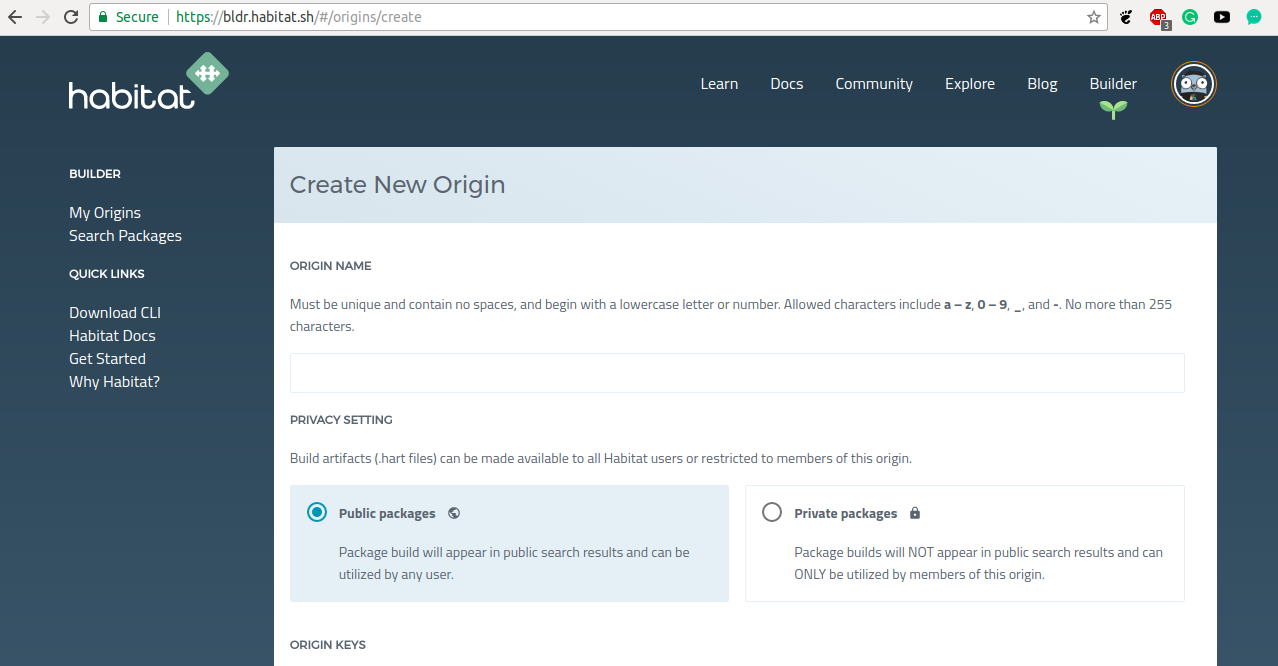 The term origin here can be defined as a namespace which is created by the user/organization to build one’s own packages. It is similar to defining your name in the dockerhub account. 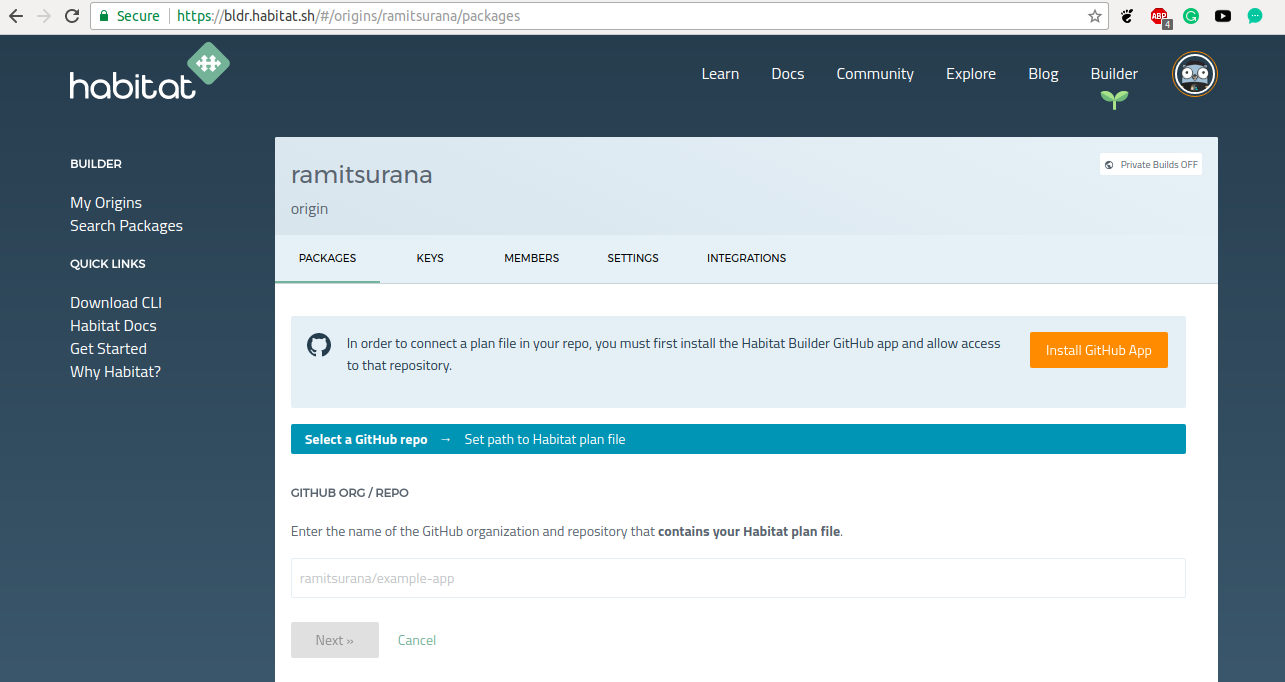 As you can observe from above Habitat asks you to connect your GitHub account and specify the path to which your plan.sh file is placed. It has a by default path under the habitat folder in which it searches your plan.sh file. You can specify your path and use the dockerhub integration if you wish to publish your images to dockerhub.

Similar to DockerHub, you can also connect your ECR Registry on your AWS account by visiting the Integrations section. 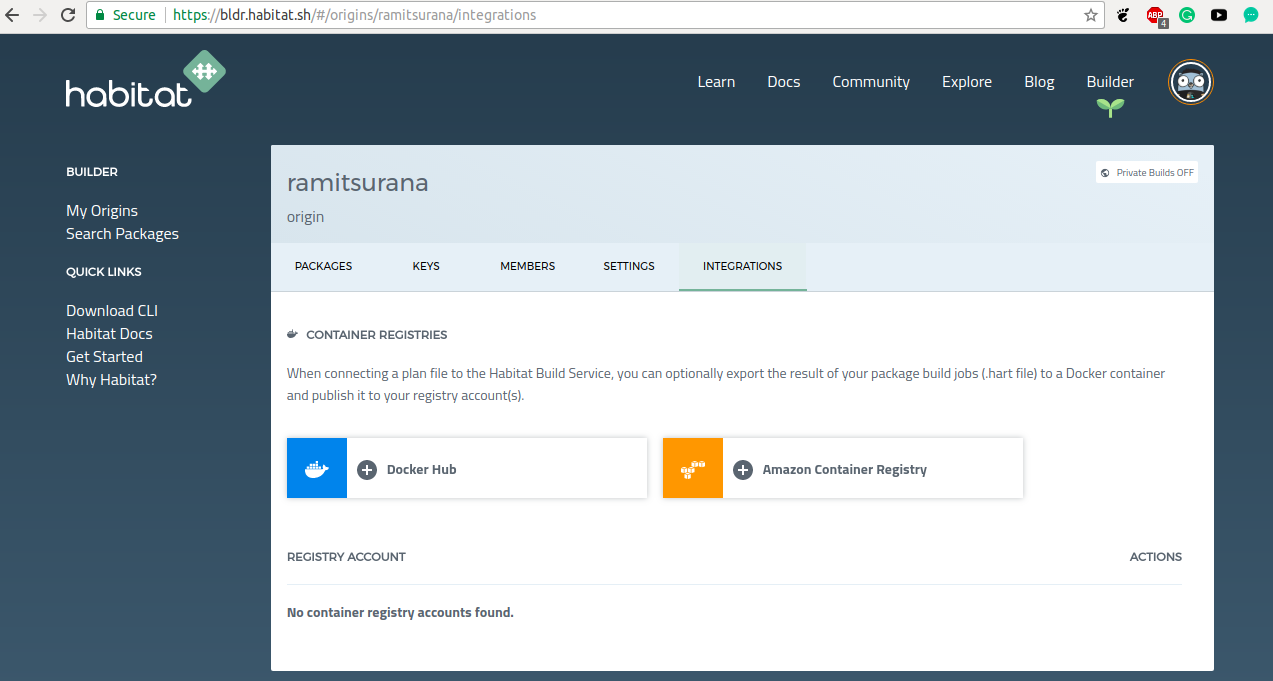 After creating a package/build you can observe the dependencies by scrolling down the page:

Here you can observe that it consists of 2 sections, labelled as Transitive dependencies and Dependencies.In simple terms, the transitive dependencies can be labelled as a basic set of packages that are required by every application that you wish to build using docker. These are provisioned and managed by the Habitat Team. You can also treat it similar to the FROM Section when writing a Dockerfile.

On the other hand, Dependencies label is used to signify the extra packages you are using/mentioned in your plan.sh file being used by your application.

Habitat Studio is a another important feature of Habitat that allows you to test and run you application in simulation to like a real enviornment before you publish it. If you are familiar with python, you can think it as similar as virtualenv. So let’s try out hab studio. 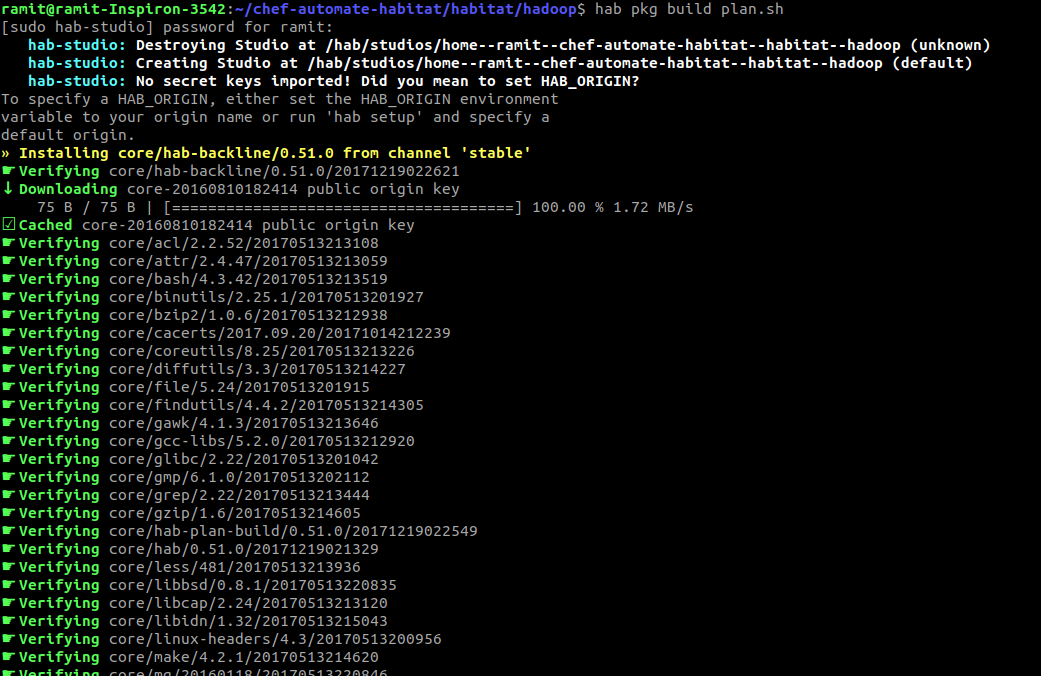 In the setup default origin, choose your name for origin. In my case I am taking it as ramitsurana. 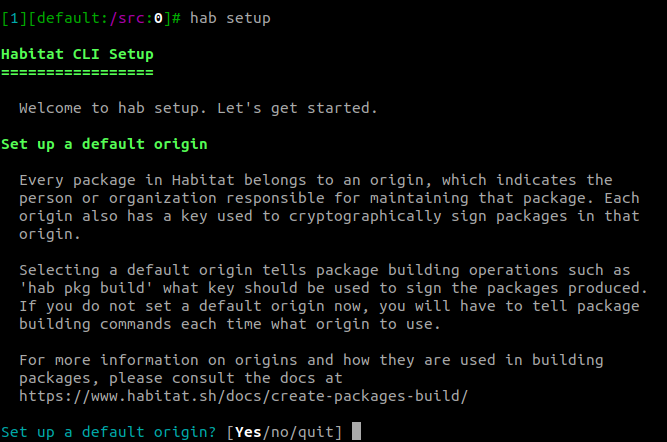 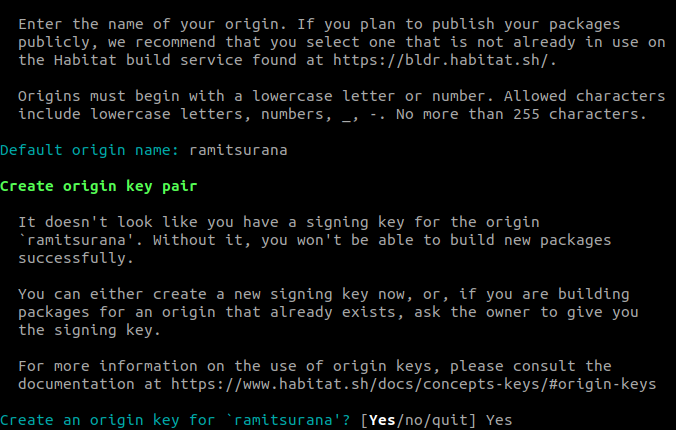 In case you are wondering how to create a new access Github token, please open the following url 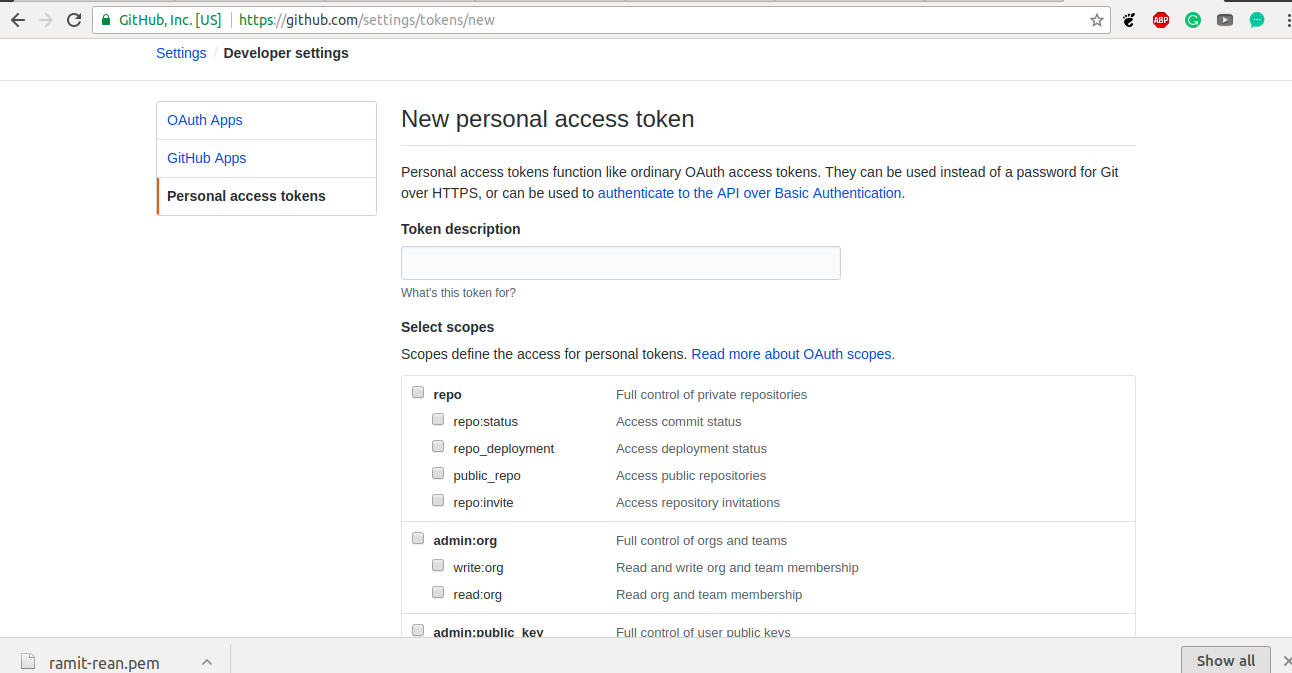 Copy the generated token in the cli tool for hab & you are good to go.

Do make sure to save this token. We will use it in the next part of the article. 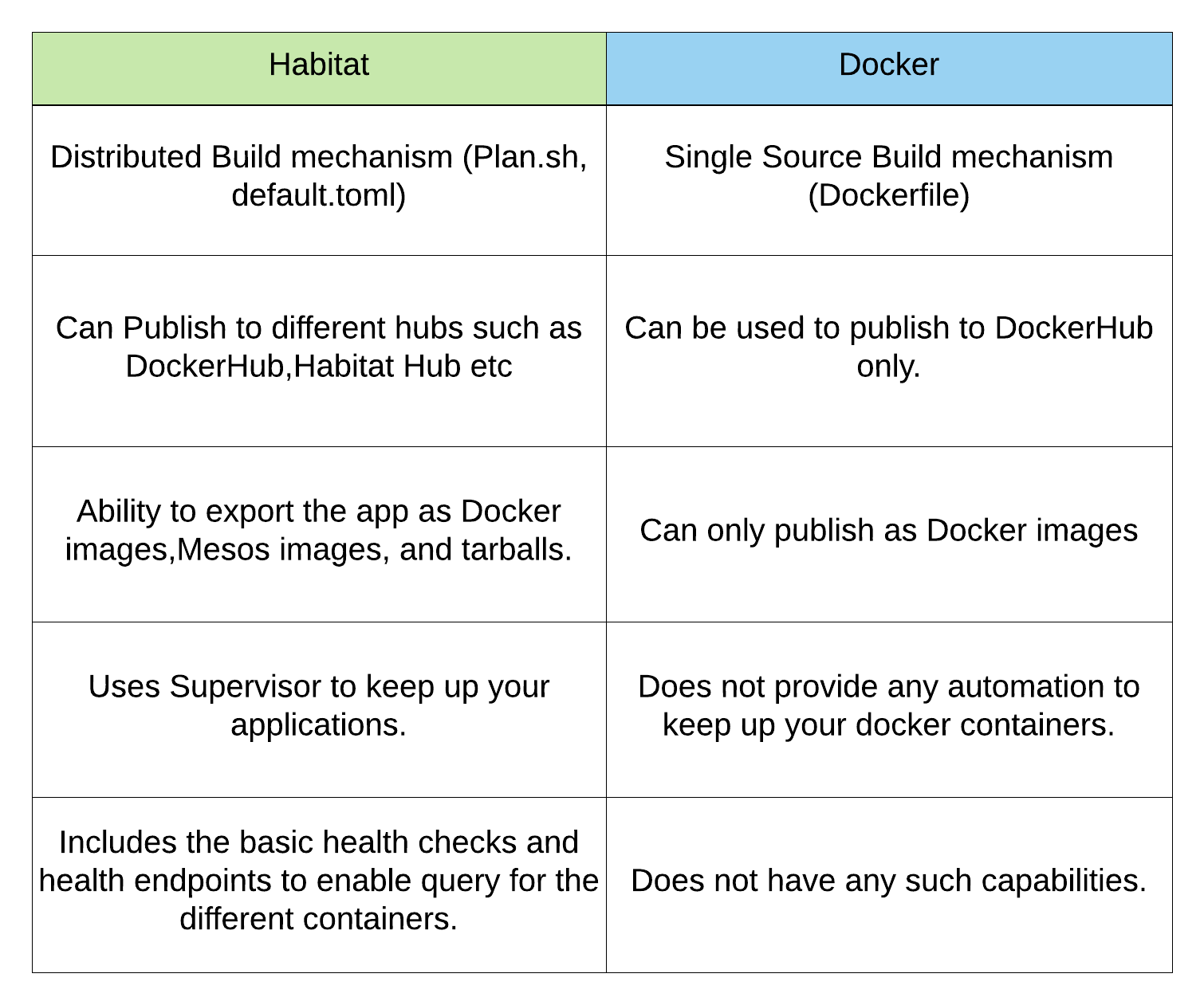 Chef automate is a CI/CD Based solution provided by Chef to complete your end to end delivery requirements. It provides you with necessary tools to make your life easier and simple. It has by default integration for features & tools like Inspec for Compliance, LDAP/SAML Support, Slack Integration for Notifications etc.

Trying Out on Local System:

In order to check, try running:

Check if everything is good or not:

(Grab your free License from here)

In order for the Chef Automate Setup to work, we will use a minimal setup in order to proceed. Here are the configuration details:

Do make sure to install the License file required for running Chef Automate from here.Its a 30 day free trial. As per its current pricing page the fee for Chef Automate on AWS is $0.0155 node/hour.

Also, we will be using fully-qualified domain names (FQDNs) as recommended by Chef.

Please make sure to note the FQDN for both your Chef server and Chef Automate server.

Using the aws console,we can start 2 EC2 instances with ( t2.large ) instance type. Make sure to configre your security groups like shown below:

Make sure to add Port 8989 for Git with Chef-Automate Server.

After bringing up the chef-server machine, please log into the machine and use git to clone the following repo:

Now your Chef Server is fully up and ready. We now move onto Chef-Automate Sever, after getting into it using ssh. Follow these below steps:

Use git to clone the following repo:

After completing the above steps, you can proceed to open the DNS/IP for Chef Automate Server 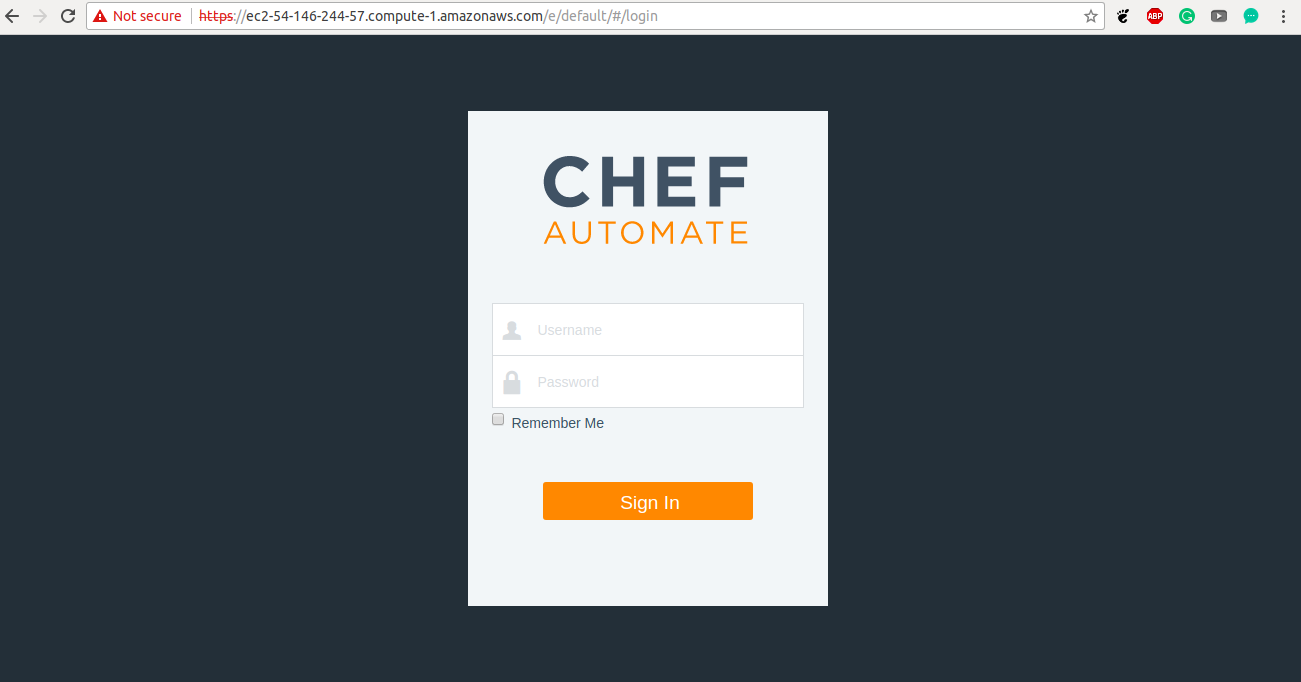 Hoorah ! You have successfully configures chef automate and now you are ready to login.

With your user name and password admin, try to login. You will observe the following screen: 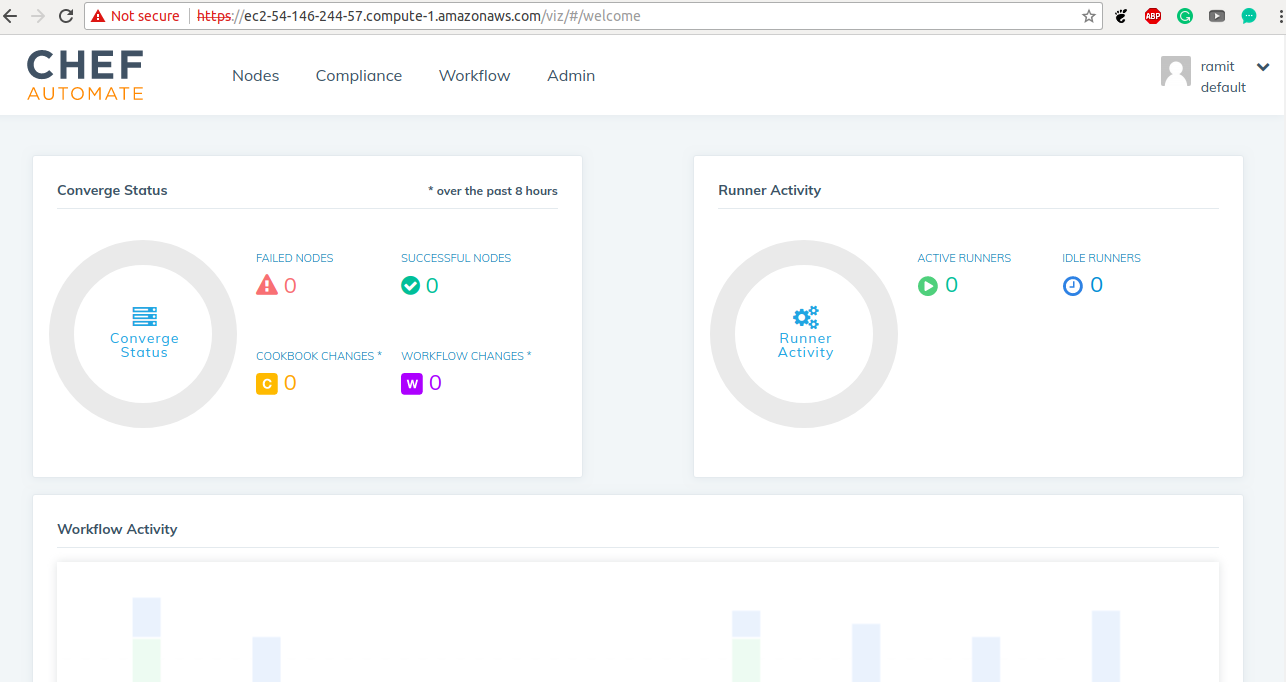 For shutting down chef automate:

Some of the chef automate internals that I observed while exploring this tool are as follows: 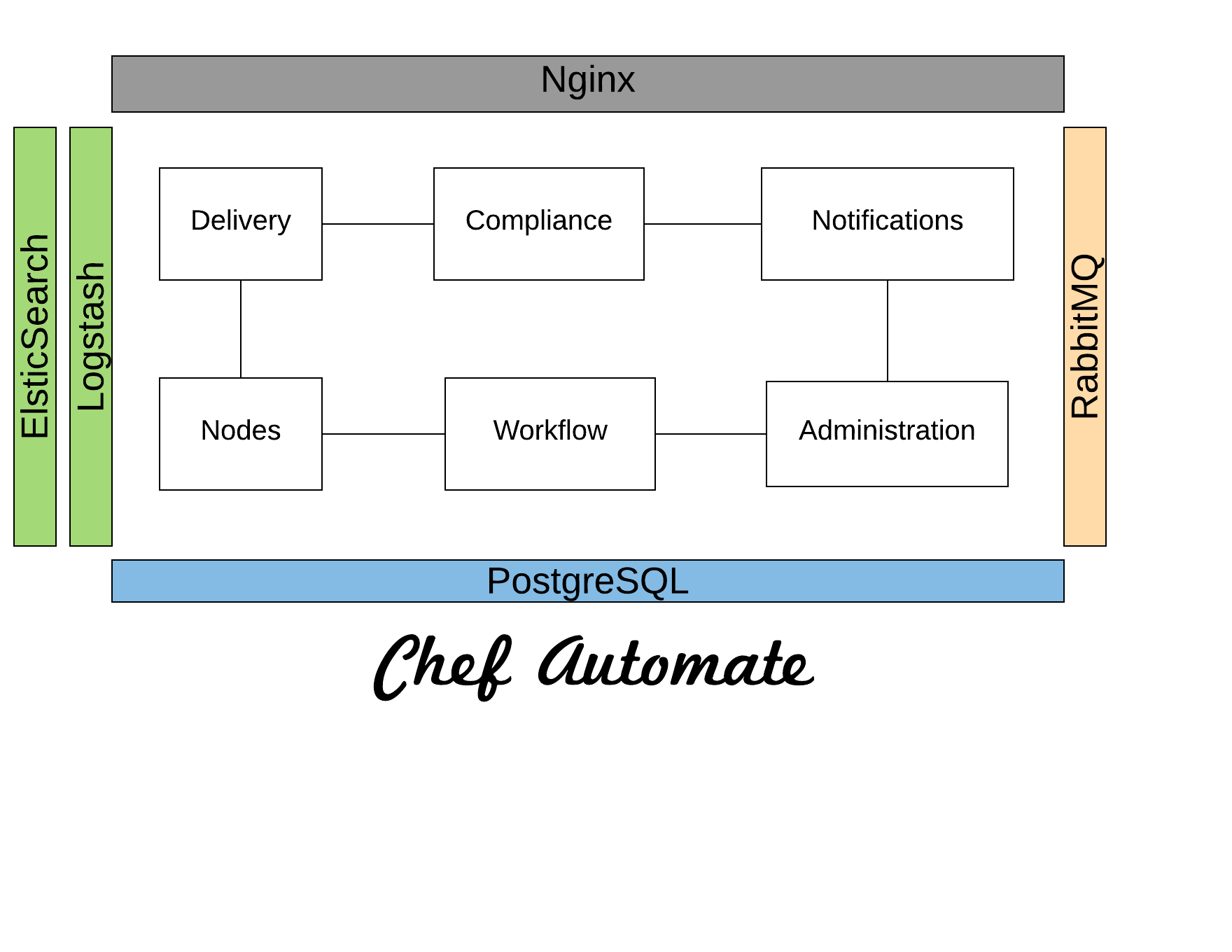 We will be discussing more on this in the next article :)

As a bonus, sharing some tips on building & managing CI/CD in a better way:

You can also use chef automate liveness agent for sending keepalive messages to Chef Automate, which prevents nodes that are up but not frequently running Chef Client from appearing as “missing” in the Automate UI. At the time of writing, it is currently in development.

One of the most primary starting point in CI/CD is to write a file using which we describe how our jobs are handled in the pipeline. For various tools, there are many syntax validators. I found them really useful. Some of there tools are:

You can use this script in Gitlab (.gitlab-ci.yml) to obtain the output at http://<-USERNAME-OF-GITLAB->.gitlab.io/<-PROJECT-NAME->/

For GitHub use the below script in (_config.yml) to obtain the output at http://<-USERNAME-OF-GITHUB->.github.io/<-PROJECT-NAME->/

As correctly said by Koshuke, it is important that we adopt new methods to trigger the pipelines.

One of the mistakes that one can do while checking out multiple repositories in a pipeline is the fact that unintended commit on other repo might be triggering the pipeline. The best command to checkout the repo is this :

Python is a super amazing and fun language to work with. One of the cool reasons why I recommend it is because of the awesome libraries it has support to like dictionary, json, csv etc.

Exploring Chef Automate & Habitat has been a heck of a fun task for me. It enabled me to learn more about the upcoming new technologies and its usage in the DevOps world. In the end, I Hope you enjoyed this post,do share this post & tell me your fun experiences with chef in the below comments section.